We are all familiar with how complex not only DevOps but also its individual components can be. Each component plays a significant role in simplifying and shortening the intensive lifecycle of software development. Continuous integration, delivery, and deployment are just some of the essentials that help to simplify the lifecycle. Together these components accelerate how quickly your team can deliver results for your customers. Tools are designed to ease out the lifecycle process of software development by targetting these components. Over time, multiple such tools have been developed, some serving a certain aspect of DevOps and some focussing on the entire set of practices. Here we are going to see some of the most commonly know CI/CD tools that are alternatives to Jenkins, such as Zuul, Gitlab CI, Travis CI and Circle CI, and guide you through some of their features. 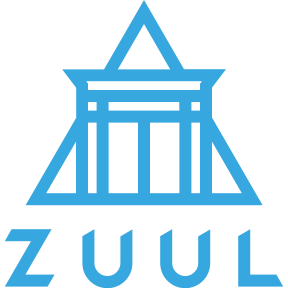 Zuul is a CI/CD tool that has gained a lot of traction in the past year. It is also an open-source tool, first developed as a project under the OpenStack Foundation. Zuul is now an independent tool that specializes in project gating. Project gating is a feature that keeps you from merging any broken code into your main branch. Zuul creates speculative future states with a bunch of changes and tests them with the assumption they are all going to pass. It offers various testing configurations,

Zuul is deeply integrated with Ansible, working with the YAML syntax only makes things much easier. It also supports multiple development platforms, Github, GitHub Enterprise and Gerrit. Bitbucket’s integration with Zuul is currently being developed, so lookout for new updates! Zuul further uses Nodepool, a pool resource manager, to support a multi-cloud environment. Through Nodepool Zuul has access to nodes and pods from different infrastructure drivers like OpenStack, Openshift, Kubernetes and AWS EC2.

Some of Zuul’s well-known users include BMW, Godaddy and OpenStack itself!

Jenkins is an open-source CI/CD tool with about 1400 plugins. It is written in Java and everything from source code management to platforms to building management and so much more is handled via the means of these third-party modules. Any number of these plugins can be deployed to enhance productivity for you! Over these years, Jenkins has advanced into an adaptable software automation server while being easily modifiable and extensible.

By supporting the automation of your CI pipeline, Jenkins saves you time and money over the lifetime of the project and also improves the productivity of a software developer. Also, Jenkins reporting is highly efficient in providing error messages that can help improve code for the next run. Total productivity is enhanced through test summaries which can provide the specifics such as the number of tests, time taken to execute these tests, etc.

The master-slave architecture of Jenkins is not only easy to work with but also provides delivery and build pipelines. This further enables the tool to be available for different operating systems and as well as clouds with the ability to build cloud-native applications.

Some of Jenkins’ well-known users include Netflix, eBay and LinkedIn!

GitLab CI is a continuous integration tool built into GitLab, therefore requiring only a single conversation between planning to deployment. Both the tool and the repository platform are written in Ruby and Go. Gitlab CI is a part of both the proprietary GitLab Enterprise as well as the open-source GitLab Community Edition. GitLab supports a multi-platform and multi-language layout. The platforms supported are Windows, Unix, macOS and anything else that supports Go. To name a few of the languages Java, PHP, Ruby, C are all supported for build script.

GitLab also supports parallel builds and splits builds over multiple machines for faster execution. This also makes GitLab scalable as you can add as many machines as you want. Talking about scalability, you can also scale up and down VMs and ensure the processing of builds and cut down costs. Also, multiple parallel jobs can be defined using this tool allowing you to work with flexible pipelines.

Moreover, GitLab follows through with the entire DevOps process and can be utilized for the complete cycle. It can deploy to multiple environments like staging and production as well as monitor and status of your application! Although the coupling of the CI tool with its repository platform counterpart defines its implications, the users of GitLab can work with GitLab CI without installing an additional tool.

Circle CI is a continuous integration tool with automated deployment, deploying builds to reach the market faster. As a part of the continuous integration process, it allows you to test each commit and run builds on a clean virtual machine or container. With Circle CI, you have the option to host in on the cloud or an on-premise server.

The tool is easy to start and runs on lightweight YAML configurations. In terms of integration, CircleCI connects with services you already use like GitHub, Bitbucket, Fastlane, Azure, AWS, Heroku, Docker, and Slack. The build environments are also clean and customizable for every job. Additionally, it offers language agnostic support and is compatible with Python, Node.js, Ruby, Java, Go, etc. Moreover, you can pick an operating system of your choice between Windows, Linux, and macOS. You are therefore free to use any toolchain!

Circle CI’s multiple configurations give the freedom to orchestrate how job execution is run from testing to deployment. You also have the possibility to speed up builds with expandable caching options.

Some known users of Circle CI are Udemy, Nextdoor, GoPro and more! 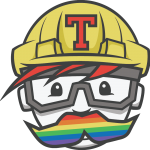 Travis CI is a hosted continuous integration tool used to build and test software projects. Travis CI Enterprise is the version of the tool for on-premise product, in case you are focussed on a more secure environment. Travis CI follows the YAML syntax and has easy configurations. Travis requires no dedicated servers and provides the option to run tests on Linux and Mac OS X at the same time. The tool supports 30 different languages out of the box, to name a few, Android, C, C++, Java, PHP, Python, R, Ruby and several more.

Additionally, Travis CI gives you the option to scale up capacity on-demand, so you can run just one build or a thousand! It also integrated with your customized build setup, such as Docker, or you can use its inbuilt environment as well, giving you the means to fully control libraries and services for every build. Also, it integrates well with GitHub and GitHub Flow for merging code, and Github enterprise for source code management.

Did you find what you were looking for?

Minimizing the chance of introducing errors while developing software is where the concept of automation and execution of scripts comes into light. In order to make your DevOps process dependable and repeatable the process of continuous integration, delivery and deployment are crucial. It can be hard to pick a tool that can be the perfect match for your project, it is also likely that no single tool can fulfil all the requirements. But there are a plethora of open-source CI/CD tools out there that can surely improve the DevOps cycle for you! It can be hard to compare tool s against one another, but with careful consideration, a suitable one can be found.

VEXXHOST is now offering a managed version of Zuul, the CI/CD tool mentioned above. We are here to not only take care of the infrastructure layer underneath but also provide you with management, monitoring, support and upgrade services for the tool. It is brought to you as a fully-managed solution, allowing you to focus on your core competencies!

How to Up Your DevOps Game with Project Gating:
Zuul – A CI/CD Gating Tool

About the Author: Hind Naser